Is your child having trouble progressing in their computing studies? RetroCoders can help!

They also learn about vintage computing platforms, such as mainframes and 8 and 16-bit home computers. This training better prepares them with a more comprehensive understanding of how and why computers and computing languages work, allowing them to work more intuitively and productively with contemporary languages, and learn and adapt more quickly to new technologies.

Simply put, a RetroCoder has a better chance at succeeding in future computer-related careers because a RetroCoder knows their tools, how they work and why.

Through a combination of learning materials, modernized classic language interpreters and emulators, and live and on-line tutoring, RetroCoders provides a complete package for developing a vital understanding of computing history in today’s learners while also teaching them valuable coding skills, knowledge that will help them to ‘jump the gap’ from block-based coding applications such as Scratch or Hopscotch to more serious programming languages such as Python and Go. 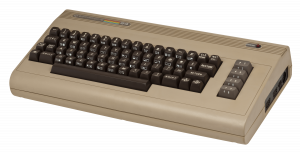 Older computers are simpler to understand. They have primitive hardware when compared to their modern counterparts, and as such there are less layers of abstraction between the computing languages they use and the hardware devices they contain.

The concept of logic, in particular Boolean logic, is laid bare in these contexts and can be much easier to comprehend, as can concepts of electronics that underly computer operation. 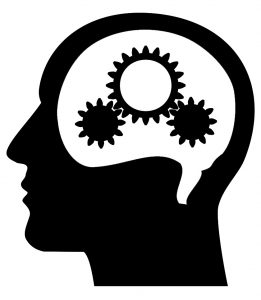 In addition, by understanding more about how early computers ‘think’ and act, we can parallel with how we think and act and promote metacognitive thinking – thinking about how we think. This is circular, because an understanding of our own internal logic enables us to more intuitively create code.

Also, as learners embark on a unique projects they choose, they will likely have the opportunity to observe how their facilitators formulate and describe potential approaches to them.

Facilitators may be forced to learn new and advanced concepts themselves, then determine how to impart them to their learners. The learners’ observation of that process reinforces their own learning and ability to impart what they have learned to others in their team, which is important as RetroCoders provides opportunities for participants to assist other participants, growing together in knowledge and skill. 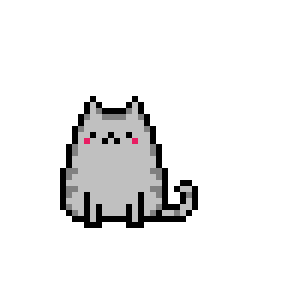 Early computers also have a simpler aesthetic: pixelated graphics, limited colour palettes and primitive synthesized sound. As these are expected in the ‘retro’ aesthetic, pleasing games and demonstration programs can be more easily created that will hold the interest of the program designer and their peers. Kids will want to play what they created.

Further, classic programming languages were largely designed for children, because children were the target market for home computers of the era.

Limited memory sizes also restricted these languages to small sets of keywords and very basic mechanics, thus making them easier for children to understand. While there are benefits in complex systems to concepts such as object-oriented programming, you need to learn to walk before you can really run. 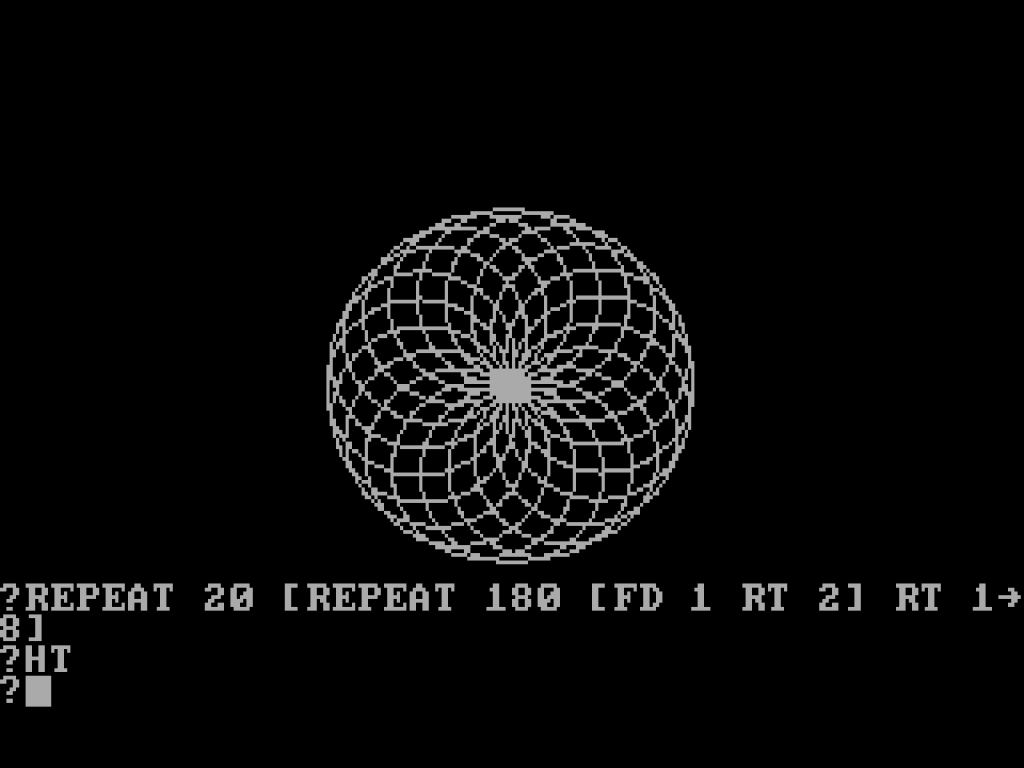 Finally, there are rich historical elements that can be leveraged to promote empathy with children of the 1980s and 1990s and create a willingness to relive their experiences. This technique creates points of reference with modern-day adults and encourages cross-generational empathy with those in positions of authority, including the facilitators, many of whom lived the experiences described. Establishing an emotional connection with facilitators helps with learning. 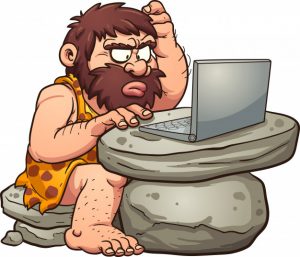 So, now that we’ve established the benefits of retrocoding, we will introduce you to the RetroCoders Formula:

Let’s examine each of these elements in detail.

Firstly, RetroCoders provides colourful and engaging magazine-style learning materials that feature complete projects and project ideas, retro-inspired fiction, historical context and interviews with industry figures from the past and present.

In the 1980s and 90s, young coders learned a great deal from the computer magazines of the time, in a gradual fashion we seek to replicate.

There are four magazines, two for each of the two ‘streams’, Junior (8-12) and Teen (13-17): (Junior) RetroCoders Journal, with content designed for both middle-grade and teenage learners, and (Junior) RetroCoders Adventures, which uses stories and art content to provide additional context to the RetroCoder’s current Journal issue.

Every RetroCoder starts with the first issues of each magazine in their stream, and then progress to the next issue every three months. They also work on a larger, overarching game or art project of their choice, to fill in any idle time between issues. When a member of the junior stream reaches the age of 13, they can transition to the teen stream, at an advanced level dependent on their knowledge and experience.

Secondly, these magazines will employ kid-friendly emulators of classic computers such as the Apple II and Commodore 64, and modern updates of classic programming language interpreters such as turtleSpaces (a 3D version of Logo for creating printable models and simple 3D games), MusicBASIC (a language for generating electronic music) and Blaze Pascal (designed for 2D arcade and platform games) – some of which we develop in-house and constantly improve based on user feedback.

And thirdly, weekly Assembly sessions, both live (initially in Victoria and Nanaimo BC) and virtually (for North American RetroCoders) – sessions that are recorded for viewing by other RetroCoders later – provide opportunities for coaching by facilitators, face-to-face collaboration with their teams, and feedback from other cadets.

RetroCoders also get access to an on-line community where they can communicate safely with other RetroCoders and facilitators, developing their projects further and learning as they go, until they reach the goals they themselves set at the start of the project. 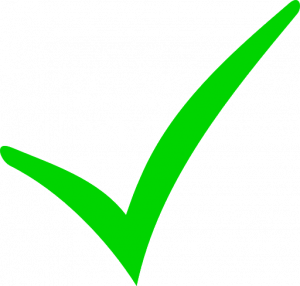 Finally, we know that parents want to know how their kids are doing, and we provide three forms of feedback: first on how we could improve in our coaching of the learner, second on how parents and supporting educators could assist the learner, and then finally on things the learner could do to improve their own learning.

While RetroCoders may meet in groups, we care about the learning of the individual, and as such we see our success or failure at that level, ensuring that your child will have the best chance at making progress.

New RetroCoders are provided with the first issues of the two magazines, which contain introductions to the emulators, interpreters and languages they will be working with, and some beginning projects. Once they have completed and submitted these projects, they will be inducted into the on-line community and assigned to a team. New teams are inducted every three months (with summer off).

Note: members of a team all start at the same ‘level’ and receive the same magazines, and will progress together through subsequent issues and projects. No one is left behind!

With the aid of their coach, the team will decide what sort of over-arching project they want to develop and using what technologies. RetroCoders will both work on the magazine projects and their ‘main’ project over the following two terms, applying what they learn in the process. In subsequent years, teams will choose their project at the start of the school year and work on it throughout, getting more time to make it perfect!

We can also assist in the distribution of completed projects in app stores and will have more to say about this later. 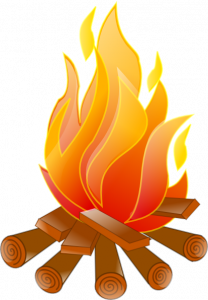 During the summer and spread throughout the school year are RetroCoder Camps which are multi-day ‘learnathons’ where RetrroCoders focus on a specific area of study, partnering with other campers to choose and develop an associated but self-directed project to completion over the duration of the camp.

These will attract an additional fee for participants, but recordings and coverage of the camps will be provided to paid-up RetroCoders for no additional charge.

Similarly to the magazines, these camps will focus on topics including retro-styled electronic music, pixel and vector art, vintage computer ‘hacking’, 3D model design and printing, and 2D and 3D game creation using languages such as Logo, BASIC, Pascal, 8-bit Assembly and C.

A full RetroCoders Membership is not always required for these camps.

To get a notification when sign-up opens and membership fee information, e-mail info@retrocoders.org 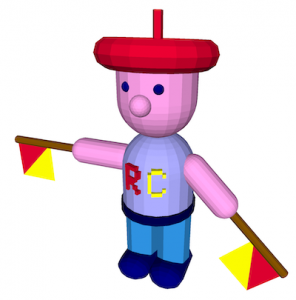 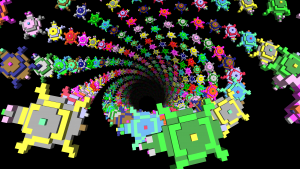 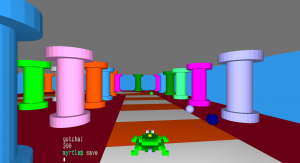